The address below is for the Joseph D. Grant park entrance. 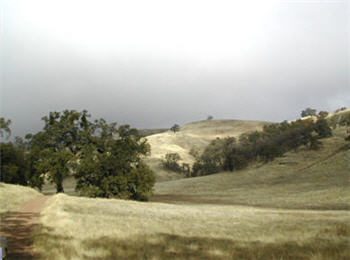 Grant Park comprises almost two-thirds of the original Rancho Canada de Pala which was a large mountainous ranch established through a land grant in 1839 by Governor Alvarado. Occupied as early as 1835, the Grant family began to acquire former Canada de Pala rancho lands in the 1880s. By 1911 Joseph D. Grant owned much of the southern portion of the rancho, a strip of land along the western side and the north end of Hall’s valley. The remainder of the central portion of the rancho was owned by the Tierman family and by Frank Hubbard. In the 1930’s, Joseph Grant acquired Frank Hubbard’s holdings. After the death of Joseph Grant in 1942 and his wife Edith in 1946, the ranch was left to their children. Josephine Grant McCreery bought out her siblings’ interest in the ranch and resided in the main ranch house from 1958 until her death in 1972. She willed half the ranch to the Save the Redwoods League and half to the Menninger Foundation. Both organizations sold their portion of the ranch in 1975 to the County of Santa Clara, and Joseph D. Grant Park was dedicated and opened to the public in 1978. 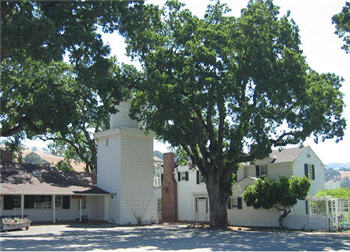 The Grant Ranch Complex consists of five main structures grouped around a courtyard, surrounding landscape features including brick walls and a rose garden, and two associated structures. The structures date from the late 19th century and early 20th century and represent a period of construction, additions, and modifications undertaken by Joseph D. Grant during his family’s tenure at Grant Ranch from 1927 to 1972. The main ranch house, (Hubbard house), was originally constructed by Adam Hubbard circa 1881, and remodeled and expanded by Joseph D. Grant in the 1930’s.

The Grant Ranch Complex structures include: